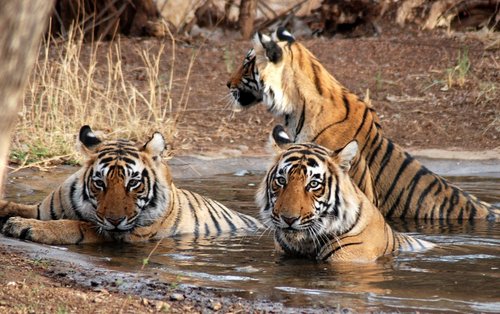 India the land of the majestic tiger and the graceful elephant, the magnificent peacock and the gigantic rhinoceros, offers natural habitat to the wild animals in its Wildlife sanctuaries and national parks is indeed, a delight for the nature lover. Estimated amount of species in animal kingdom is around 77,000 and 45,000 species of plant kingdom.

The wildlife sanctuaries and national parks spread across the country offer a fascinating diversity of terrain, flora and fauna. India has preserved vast tracts of forests and habitats in its 441 Wildlife Sanctuaries and 80 National Parks. So next time you travel to India, take a refuge in the quietude along with the wildlife and watch the exuberance of the bountiful nature in India!

The Rajaji National Park, Uttaranchal/ Uttarakhand is spread over an area of 820.42 SQ. K.M. It is a home of 23 species of mammals and 315 species of Birds. The park is home of Asian Elephants, Tiger and King Cobra, Panther, Bear, Chital, Sambar, Wild Boar, Kakar, Python, Monitor Lizard, Wild Cats and many more.

Jim Corbett National Park, the first wildlife reserve of India, extending over an area of more than 500 sq km in the Himalayan foothills. Corbett national park was established in 1936, as the Hailey National Park. In 1955-56 it has changed to Ramganga National Park and finally Jim Corbett National Park in the honor of legendary hunter-turned- conservationist, best known for hunting man-eating tigers and leopards in the Kumaon and lower Garhwal in the 1920s. 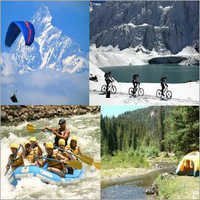